Execution Is a People Problem, Not a Strategy Problem

Paul,* the CEO of Maxreed, a global publishing company, was having trouble sleeping. Publishing is an industry that’s changing even faster than most other fast-changing industries, but Paul wasn’t awake worrying about his strategy. He had a solid plan that took advantage of new technologies, and the board and his leadership team were aligned around it. Paul and his team had already reorganized the structure — new divisions, revised roles, redesigned processes — to support their strategy.

So what was Paul worrying about? People.

Which is precisely what he should be worrying about. However hard it is to devise a smart strategy, it’s ten times harder to get people to execute on that strategy. And a poorly executed strategy, no matter how clever, is worthless.

If I were to depict the challenge graphically, it would be going from this:

The conundrum is how to get from the first graphic to the second one. Most organizations rely on communication plans to make that shift. Unfortunately, strategy communication, even if you do it daily, is not the same as — and is not enough to drive — strategy execution.

Because while strategy development and communication are about knowing something, strategy execution is about doing something. And the gap between what you know and what you do is often huge. Add in the necessity of having everyone acting in alignment with each other, and it gets even huger.

The reason strategy execution is often glossed over by even the most astute strategy consultants is because primarily it’s not a strategy challenge. It’s a human behavior one.

To deliver stellar results, people need to be hyper-aligned and laser-focused on the highest-impact actions that will drive the organization’s most important outcomes.

But even in well-run, stable organizations, people are misaligned, too broadly focused, and working at cross-purposes.

This isn’t critical only for a changing company in a changing industry like Paul’s. It’s also true for fast-growing startups. And companies in turn-around situations. And those with new leadership. Any time it’s critical to focus on strategy — and when isn’t it? — the most important strategy question you need to answer is: How can we align everyone’s efforts and help them accomplish the organization’s most important work?

That’s the question Paul reached out to ask me. Below is the solution we implemented with him at Maxreed. We call it The Big Arrow Process, and it represents my best thinking after 25 years of experimenting with this very challenge.

We worked with Paul and a small group of his leaders to identify the most important outcome for Maxreed to achieve over the following 12 months. Their Big Arrow had to do with creating a strategy and product roadmap that was supported by the entire leadership team. The hardest part of this is getting to that one most important thing, the thing that would be a catalyst for driving the rest of the strategy forward.

Once we defined the Big Arrow, we tested it with a series of questions. If you answer “yes” to each of these questions, it’s likely that your Big Arrow is on target:

Along with that outcome clarity, we also created behavioral clarity by identifying the most important behavior that would lead to achieving the outcome. For Maxreed, the behavior was about collaborating with trust and transparency. We determined this by asking a few questions: What current behavior do we see in the organization that will make driving the Big Arrow harder and make success less likely? We then articulated the opposite, which became our Big Arrow behavior.

Once the Big Arrow was clear, we worked with Paul and his HR partner to identify the people who were most essential to achieving the goal. Doing this is critical because you want to focus your efforts and resources on the people who will have the most impact on the Big Arrow. In the case of Maxreed, we identified 10 people whose roles were core to the project, who already had organizational authority, and who were highly networked. With other clients, we’ve identified many more people at all levels of the hierarchy. As you think about who might be the appropriate people, ask the questions: Who has the greatest capacity to affect the forward momentum of the arrow? Who is an influencer in the organization? Who has an outsize impact on our Big Arrow outcome or behavior? Those are the people you should choose.

Determine What They Should Focus On

Once we established the key people, we worked with each of them and their managers to determine their:

One of the things that makes this process successful is its simplicity. It’s why we settled on one pivotal strength and one most critical game changer. Strategy execution needs to be laser-focused, and one of the biggest impediments to forward momentum on our most important work is trying to get forward momentum on all our work. Simplicity requires that we make choices. What will have the biggest impact? Then we make that one thing happen.

Once we made sure the right people had the right focus, we coached in laser-focused, 30-minute one-on-one coaching sessions. Coaching is often used in organizations to fix a leader’s flaws, but that is not the focus of this kind of coaching. Here, the leaders were coached to focus on making clear headway on their key contribution to the Big Arrow. These conversations only focus on larger behavioral patterns to the extent that they are getting in the way of the task at hand.

Because we were coaching multiple people, we were able to maintain strict confidentiality with the individuals being coached while collecting data about trends and organizational obstacles they were facing, which we reported to Paul and his leadership team. This wasn’t just opinion survey data; it represented the real obstacles preventing Maxreed’s most valuable people from driving the company’s most important priorities forward.

One of the main challenges we uncovered was a lack of cross-functional collaboration. Armed with that insight, Paul was able to address this issue directly, getting the key people in a room together and speaking openly about the issue. Eventually, he initiated a new cross-functional Big Arrow process that included leaders from the groups that weren’t collaborating. Identifying what they needed to achieve together broke down the walls between the groups.

While Paul removed organizational obstacles, coaches continued to help Maxreed’s most critical people address the particular obstacles and challenges they faced as they delivered their key contribution. Coaches addressed the typical challenges people struggle with when executing strategy: how to communicate priorities, how to deal with someone who is resistant, how to influence someone who doesn’t report to you, how to say no to distractions, and so on. The coaching prioritized helping people build relationships on their own teams and across silos, which was supported by the data and the Big Arrow key behavior of collaborating with trust and transparency. Individuals aligned with the goals of the organization to drive continued growth and success.

While the Big Arrow process is ongoing, we sent out a survey to people being coached as well as others outside the program to assess progress being made by the key contributors. Compared to before the coaching, are they more effective or less effective at making their key contribution, achieving the outcomes of the Big Arrow, and addressing their game changer? There were 98 responses to the survey:

In other words, the key contributors were getting massive traction in moving the organization’s most important work — its key strategy — forward. This data was confirmed by Paul’s own observations of the progress they’ve made on their Big Arrow outcome, a strategy and product roadmap that is supported by the entire leadership team.

Maybe most important, the broader organization was noticing. Which, of course, is how you start a movement.

Paul is still working hard to continue the momentum of the strategic shift. That’s the point, really: Strategy execution is not a moment in time. It’s thousands of moments across time.

But now, at least, it’s happening.

*Names and some details have been changed to protect privacy.

Peter Bregman is CEO of Bregman Partners, a company that strengthens leadership in people and in organizations through programs (including the Bregman Leadership Intensive), coaching, and as a consultant to CEOs and their leadership teams. Best-selling author of 18 Minutes, his most recent book is Four Seconds (February 2015). To receive an email when he posts, click here.

Only a few actions matter, and they require the CEO’s attention. Organizations have always needed leaders who are good at recognizing emerging challenges and inspiring organizational responses. That need is intensifying today as leaders confront, among Read more… 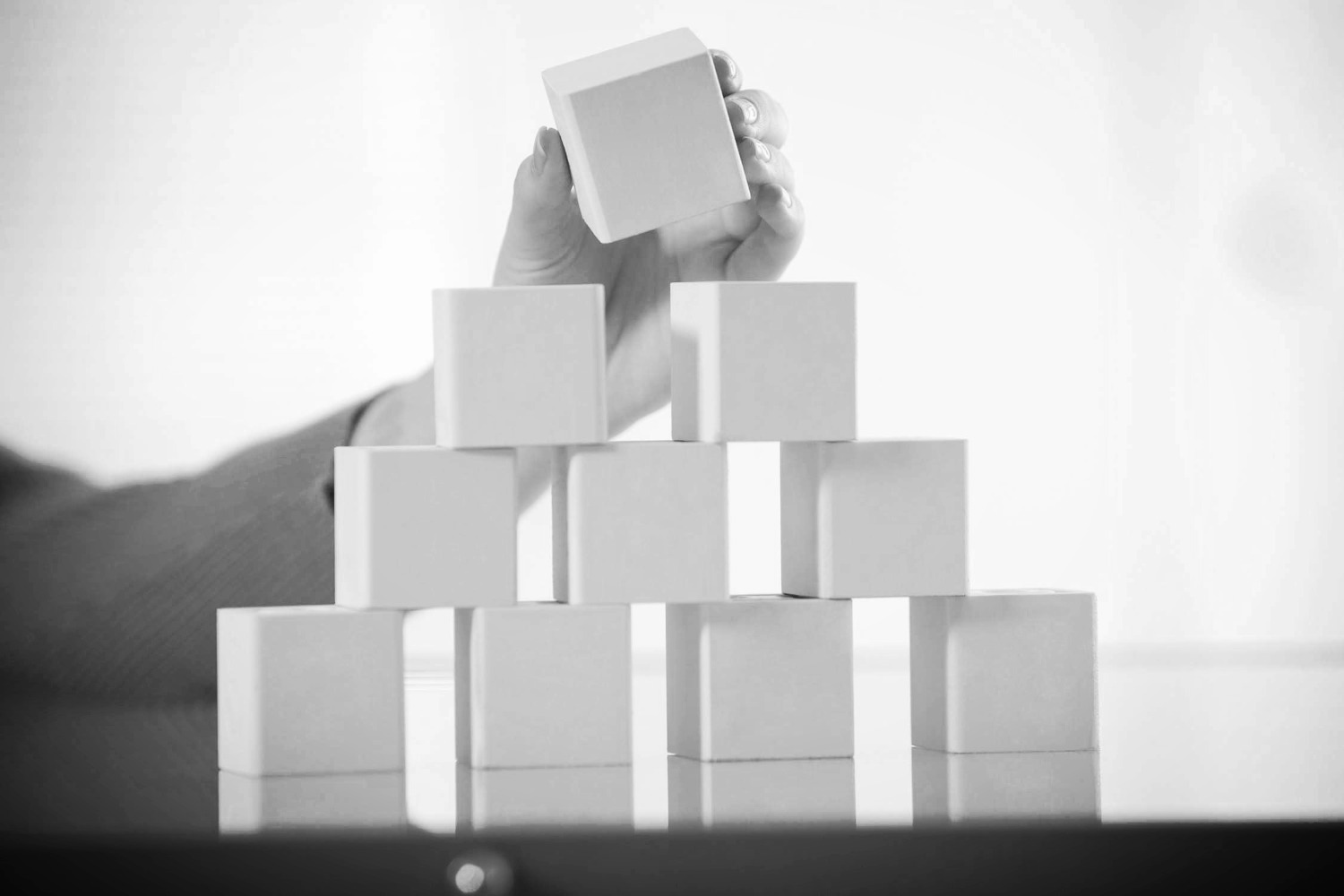 What Killed Michael Porter’s Monitor Group? The One Force That Really Matters

Steve Denning What killed the Monitor Group, the consulting firm co-founded by the legendary business guru, Michael Porter? In November 2012, Monitor was unable to pay its bills and was forced to file for bankruptcy Read more…